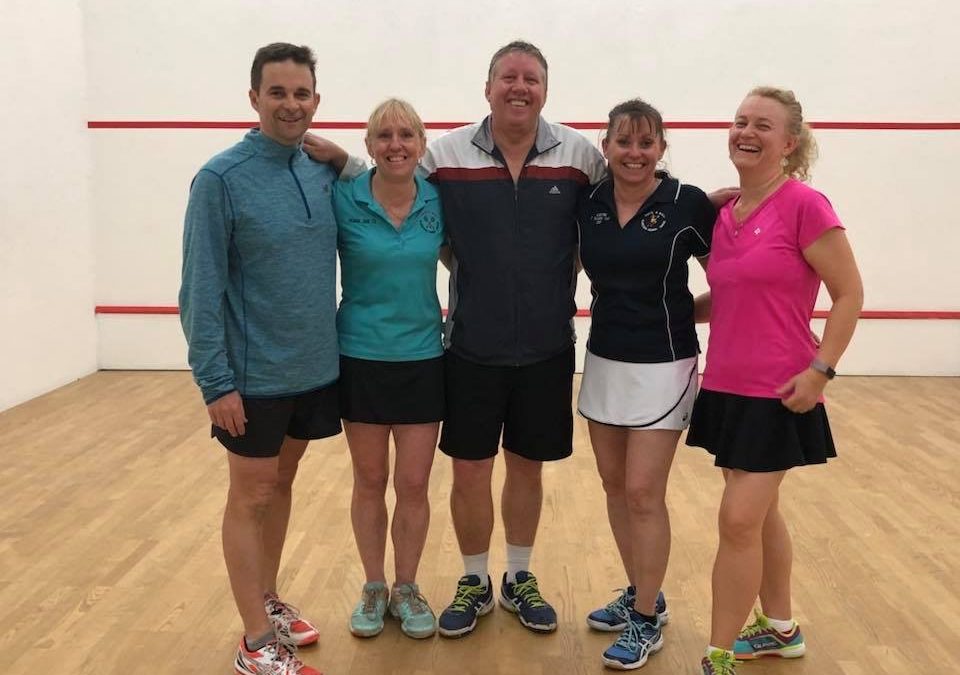 A contingent of five players and one cheer person (CP) travelled from Gladstone to USA in early August to participate in the World Masters Squash Championship. These players were Sue and Kev (CP) Davis, Mike and Julie Laver and Scott and Shannon Ferrier and they were joined by Wayne Christensen (formally Gladstone) and Jim and Sally (CP) from Bundaberg. The championships this year were held at Charlotteville, a pretty picturesque town in Virginia and a hundred miles from Washington DC, and the host organisation was the Boer’s Head Sports Club and the games were played at the McArthur Squash Centre.

Sue Davis was the only seeded player, being placed as No 3 in the Ladies Over 45 years (32) draw. Sue had a good tournament by starting her campaign with wins in three games from Fujomoto Megupi (Japan), Leslie Connolly (USA) and Janet Burns (South Africa). In the semi-final Sue Davis played against Rachel Calver (England), who was seeded No. 2. Sue kept her followers on the edge of their seats as she had an awesome win in four, 11/7 7/11 11/2 12/10. Well done Sue. On the finals day Sue was up first, taking on Sarah Fitzgerald from Victoria, Australia. Sarah is a five times Ladies World Open Champion having won the 1996,1997, 1998, 2001 & 2002 Open Titles and she also won a gold medal at the 2002 Commonwealth Games in Manchester England. With nothing to lose Sue started the grand final with a very reasonable 5-11loss in the first game but a rally in the second game was her undoing. Her cheer squad reported this as a monstrous rally of about 75 shots in which Sarah was in command and Sue was just battling the ball back each time. Sue had given her all to this rally and she was behind the eight ball from then on. Although she was beaten 11-5, 11-4, 11-3 Sue had put in a gallant effort and had done her cheer squad (& Gladstone) proud being the runner-up in the Ladies World Masters Over 45 Squash Championships. Julie Laver and Shannon Ferrier were both in this same event and Julie was feeling a little overawed when she encountered the World ranked No2 in the Over 45 year event in the first round. Shannon also come across strong opposition in her first round and both these ladies went into plates having a couple more matches each in the tournament.

Mike Laver and Scott Ferrier both played in the Men’s Over 50 Event. Mike won his first match but lost his second. He had quite a cheer squad when he took on fellow Aussie Cameron Dalley from Victoria in the plate event. Mike was victorious in this and went on to play a couple more matches before exiting the tournament. Although Scott went out in the first round of the event he did well in the No3 Plate event. Scott was the contingent’s last match of the tournament and he played Andrew May the big giant, from South Africa. The Gladstone cheer squad was right behind Scott and he put up a great fight but was defeated by the giant in three sets 11-6, 13-11, 11-6. Wayne Christensen played in the Men’s Over 35 event and only found form in his last match. He played German born Steven Bukenberger and played extremely well to push to five games only losing the fifth game 13/11. Jim Mobbs (being made a honourary Gladstonite) went well in his Men’s over 60 years event and after losing in the quarter finals he played off for position 5-8 world ranking. He first played Steven Baicker-McKee from USA winning in four games and he then took on Udo Kahl of Germany. The Gladstone cheer squad felt that the training the night before with the crew had helped Jim immensely and he came out victorious in five hard fought sets. This put Jim in fifth place for his age group. With the squash all done, the Gladstone supporter all headed to the closing ceremony dinner where Sue Davis was presented with her silver medal for her age-group. Already in holiday mode they danced the night away and looked forward to travelling further. 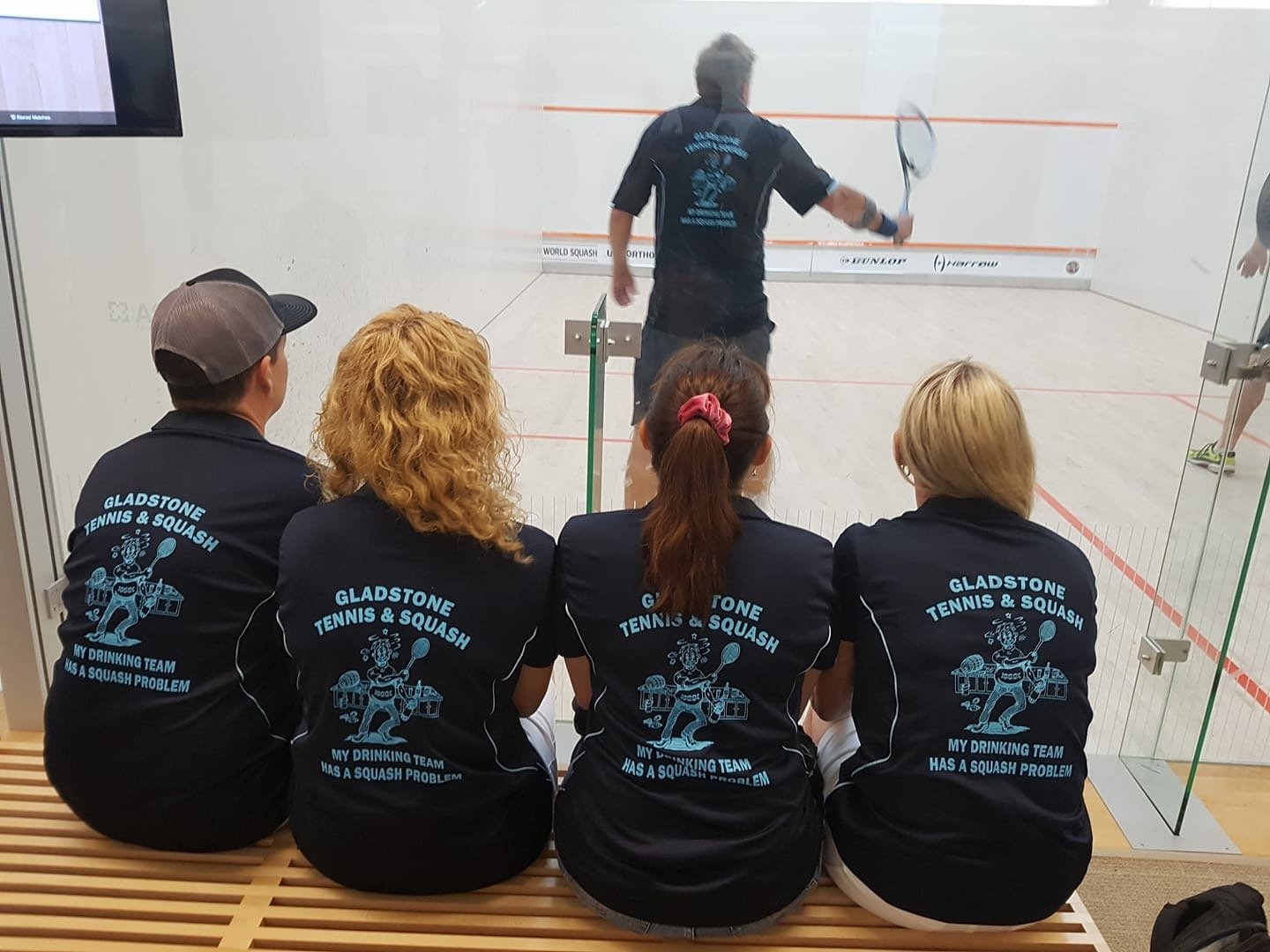 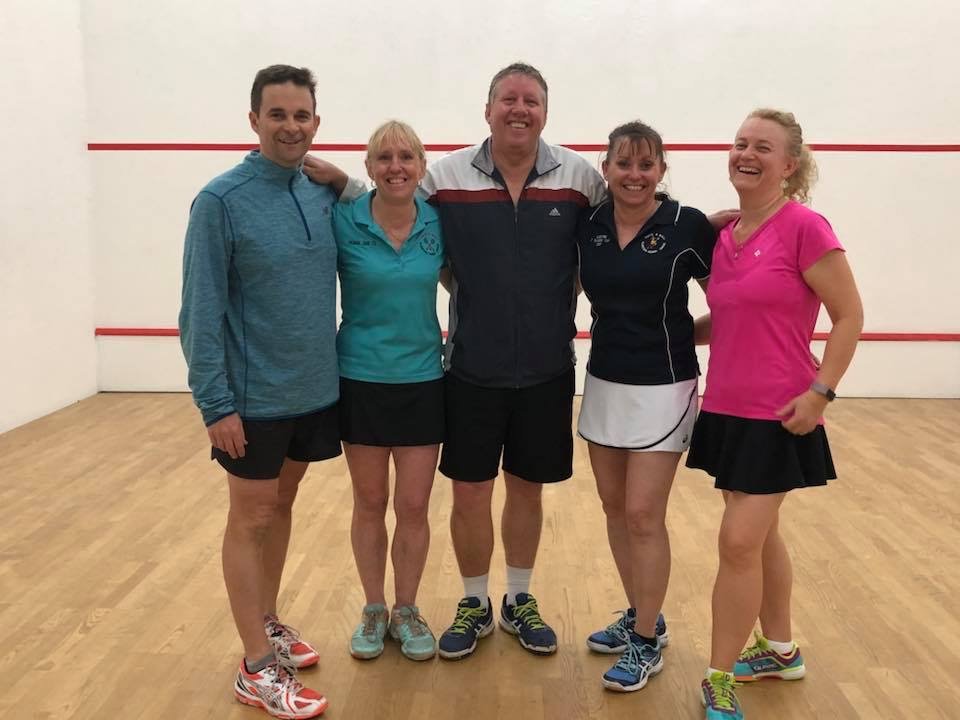